Yes, we are closed, and we think – as do you too, hopefully – that is highly regrettable. However, … there is nothing to prevent you from honing your casino skills at home, or from trying out your best poker face in the mirror. Casino games in quarantine – for something a bit different …

Because the aim is not to arrange a casino evening at home, of course, we are focusing on solo activities. A nice game of cards is indispensable in this case.

By the way, did you know that the Chinese invented card games? The first traces of paper playing cards date from the seventh century. According to tradition, Emperor Mu-Tsung played ‘domino cards’ with his wife. Symbols such as a horse, crow, pheasant, fish, or rabbit were depicted on these cards.

Card games were first introduced into Europe in the fourteenth century. The first cards were made by hand, but that was very time-consuming and costly. The printing press was what gave an impetus to card games.

In films you often see artists at work shuffling a deck of cards in the most ingenious manner. Is that something you can practice yourself?

Or would you rather stick with your poker face? As you are no doubt aware, in many cases non-verbal rather than verbal communication is more important. Look out for sudden movements of the eyebrows and lips. That is an indication of nervousness. And if you begin breathing more rapidly, your smart opponents will notice something is up. This can happen when the flop (the first three cards), the turn (the fourth card) or the river (the fifth card) is shown. Your breathing can express excitement or disappointment when the cards are shown. Incidentally, touching your nose or ears is not a good idea either when playing poker. This indicates a certain level of unease that is at odds with the concept of ‘adopting a poker face’.

So find your perfect poker face. Perhaps you can practice during one of our favourite poker films. We are happy to propose a selection for you:

James Bond and villain Le Chiffre take their seats around the poker table in Montenegro. The stakes are sky-high and the tension great. A rollercoaster with special effects that has a surprising climax in Venice.

Rounders
Matt Damon and Edward Norton shine in this poker film from 1998. Two shrewd poker fanatics play to pay off Norton’s debts. He has just been released from prison and is being pursued by a gang of heavy-handed creditors.

Maverick
Maverick, played by Mel Gibson, is a gambler who wants to compete in a well-known championship on a riverboat. It is a high-stakes ‘Winner Takes All’ poker game. In order to participate, he needs USD 25,000. To increase his chances, he forges a pact with a female poker player (played by Jodie Foster).

The Cincinnati Kid
The Cincinnati Kid, notorious in 1930s New Orleans, is a true classic. ‘The Kid’ (played by Steve McQueen) takes on the legendary champion ‘The Man’ in a high-stakes poker game. What follows is a tremendously exciting poker game to decide who will become the poker king of New Orleans. 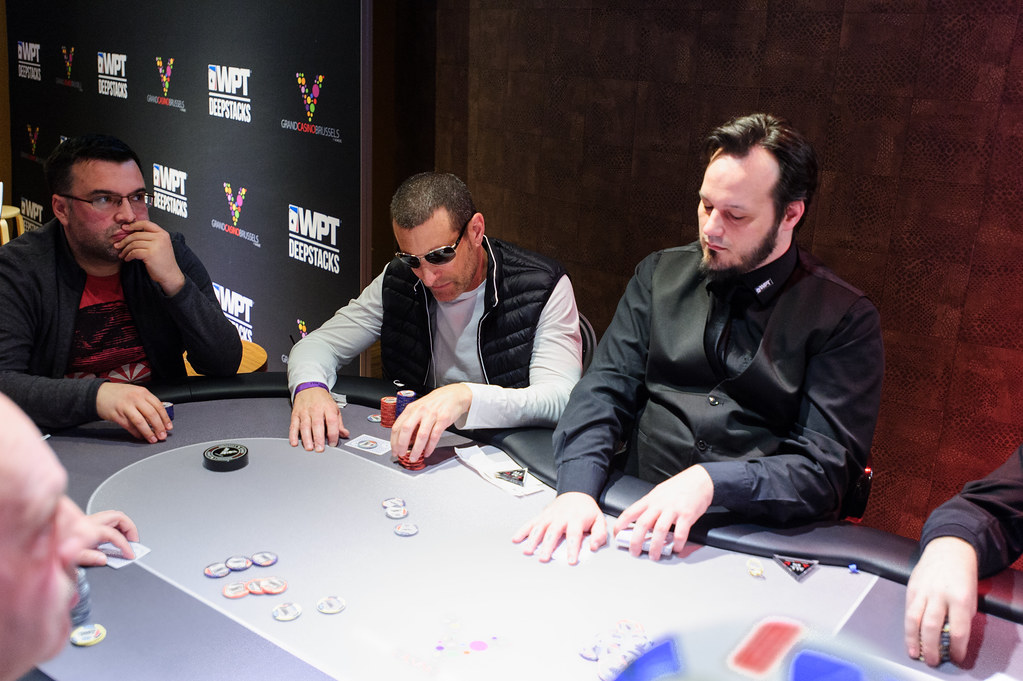 After a long final table of almost 10 hours, it was Italian Sergio Castellucio who eventually could be crowned WPT National Brussel Main Event champion. For his victory he collected a whopping €105.000, the WPT trophy and a ticket for a European WPT Main event of choice (worth €3.300) in 2017. Heads-up Castellucio beat Greek Dimitrios Kalaroutis, where the winning hand was In total there were 489 entries this edition, combined days 1A, 1B & 1C. That was a new record. the old record of 457 entries was well surpassed.

Final Table
The finale table started today at 2:30pm already, with Czech Michal Mrakes being the chipleader. He eventually finished in third place. Beneath you will find the line-up at the start of the final table. Prizepool
In total there were 55 players in the money. Beneath you will find all the payouts of the Main event.

WSOP Circuit
The next poker event here at Grand Casino Brussels Viage wille be the WSOP Circuit event, taking place from May 19 through May 28. Of the 145 players who started the day, only 15 survived. they will be back tomorrow at 1pm for Day 3.

Chipleader is Michal Mrakes from the Czech Republic, who seemed unable to lose a pot today and busted player after player. The redraw for the final two tables has already taken place. Below you will find the draw, with all the players names and chipcounts.

Also, below is the ranking based on chipcount.

Day 1B is a wrap. In this flight we counted 252 entries, of which 78 players survived into Day 2. Tomorrow at 2pm Day 2 will start.

Day 1A is in the books. We got a grand total of 163 entries today, of which 41 players made it into Day 2. They will return Saturday at 2pm.

Chipleader is French Sarah Herzali (picture), she finished barely ahead of her fellow countryman Yoan Arghence. Tomorrow  Day 1B will start at 2pm.